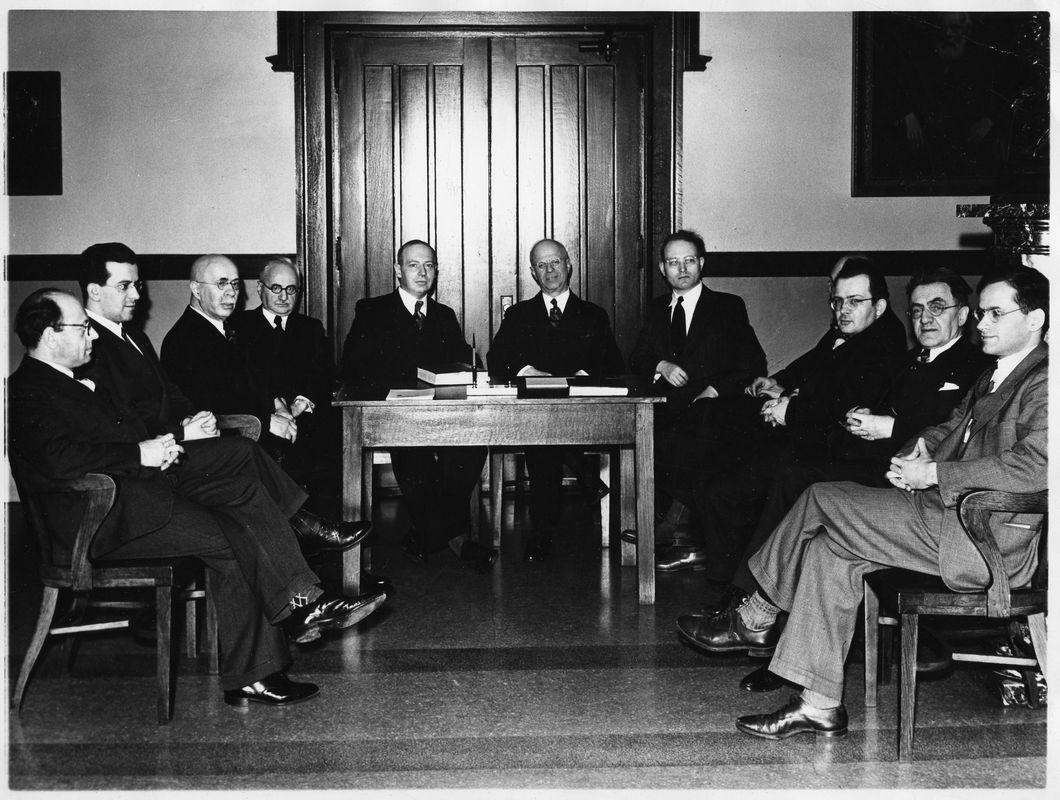 Hebrew Union College hosted an extraordinary program from 1935 to 1942: eleven refugee scholars were brought to Cincinnati and employed by the school.

Initially, displaced scholars were brought simply for temporary employment, but as the situation continued to deteriorate in Nazi Germany, a new plan was formulated. Refugee scholars were able to further their studies at HUC and were tutored by students to perfect their English.

Their stay at HUC was in some cases temporary, but the ultimate goal achieved was to make the scholars’ immigration to the United States permanent and rescue them from an uncertain fate in Europe.
1933 previous year
1939 next year