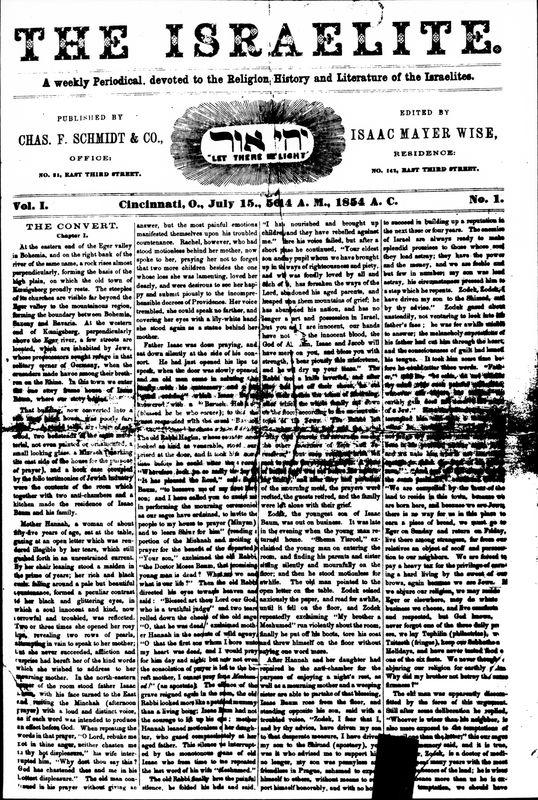 In 1854, the first edition of The Israelite, the longest continuously running English-language Jewish weekly in America and second longest running in the world, was published.

The ever-prolific and influential Rabbi Isaac Mayer Wise was responsible for the creation of The Israelite (now published as The American Israelite). Wise served as editor for the newspaper, which published its inaugural issue on July 15, 1854.

The first issue featured news, a poem, the embryonic stage of a novel; a “Fourth-of-July oration” comprised by the esteemed Rabbi Wise; and much more.
1852 previous year
1866 next year