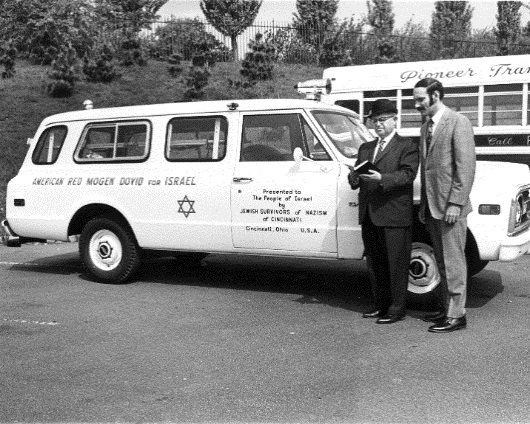 Cincinnati’s survivors first formed the Jewish New American Society, which served to help survivors connect with those who had been through similar experiences. Later, the group was reorganized under the name Jewish Survivors of Nazism.

Their primary purpose was to provide social opportunities through events. From its earliest organizational meetings, the group debated the appropriate way to preserve the memories of those they had lost in the Holocaust. In 1994, the aging leaders of the Jewish Survivors from Nazism approached the children of local survivors to take over and re-envision the organization. Thus was born a new group, called The Combined Generations of the Holocaust, which included children of survivors and others interested in a wider mission of developing and delivering educational, outreach and social programs promoting the, education and preservation of Holocaust history. "We want a memorial which will tell our tradition, how we died, and why and how to prevent future massacres, something that will arouse both gentiles and Jews alike, something with an expression, something that will make sure our dear ones have not died in vain." – The Jewish New American Society, meeting minutes 1965
1961 previous year
1963 next year